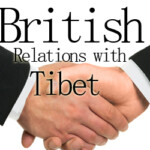 Tibet, though nominally under the suzerainty of china, was practically an independent theocracy under two great Lamas – the Dalai Lama of Lhasa and Tashi Lama of the famous monastery of Tashilhunpo near Shigatse. The political power was in the hands of the Dalai Lama or the Council that ruled during Lama’s minority. Earlier attempts to establish relations It was in the year … END_OF_DOCUMENT_TOKEN_TO_BE_REPLACED 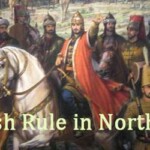 The onus of paving the way for the establishment of, if broadly assessed, the Muslim rule in India goes to Mahmud of Ghazni who was the first Turk military leader who invaded India, reaching deep pockets of northern India during the first half of the eleventh century. There were many factors which helped Mahmud of Ghur in successfully establishing Turkish rule in … END_OF_DOCUMENT_TOKEN_TO_BE_REPLACED 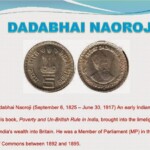 Meaning of Drain of Wealth The drain of wealth was typically “a phenomenon of colonial rule.” The person to draw pointed attention to this drain of resources from India to England was Dadabhai Naoroji in his book Poverty and Un-British Rule in India (1871). Dadabhai tried to prove that mass poverty in India was a direct consequence, among other reasons, of drain of … END_OF_DOCUMENT_TOKEN_TO_BE_REPLACED 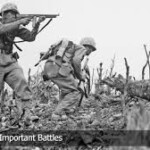 Battle of Salamis (480 BC): The Greek fleet defeated the Persians. Battle of Pharsalus (48 AD): Caesar defeated Pompey The Crusades (11th - 13th Centuries): Military expeditions of the Christians in Western Europe to get back the Holy lands from Muslims; result; the Holy city remained with Turks. Hundred Years War (1338-1453): Fought between France and England; came to … END_OF_DOCUMENT_TOKEN_TO_BE_REPLACED

Chanakya (350-283 BCE) was an adviser and a prime minister to the first Maurya Emperor Chandragupta (c. 340-293 BCE), and architect of his rise to power. Chanakya, also known as Kautilya or Vishnugupta, was born in Pataliputra, Magadha (modern Bihar), and later moved to Taxila, in Gandhara province(now in Pakistan). He was a professor (acharya) of political science at the … END_OF_DOCUMENT_TOKEN_TO_BE_REPLACED